Student Review by Ryan J: The Tommyknockers by Stephen King 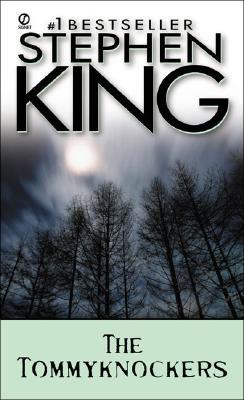 Summary (from Goodreads):  While maintaining a horror style, the novel is more of an excursion into the realm of science fiction, as the residents of the Maine town of Haven gradually fall under the influence of a mysterious object buried in the woods.

Ryan’s Review: The Tommyknockers is a fabulous read. I don’t find it to be amazingly terrifying, but there is always an undertone of discontent coupled with a feeling of dread. Suspense, as well as the building upon of a well laid out backstory, help to keep you worried about every character. As the story develops, you begin to recognize when something awful is going to happen and you end up so wholly invested that you can’t wait to see what sinister thing the townsfolk will be goaded into next. It’s fantastic to watch as these people you were introduced to in the beginning of the story become ever more inhuman, as if their humanity had sprung a leak, until you are left with something else entirely.

My 2 cents: I thought this one was appropriate for Throwback Thursday. While I’m not a huge fan of Stephen King (I’m too much of wimp to make it through one of his books without nightmares), I appreciate his craft. The one book that I did make it through was On Writing in which King discusses how he writes and where he gets his inspiration. (I highly recommend that book for any aspiring writing.) I like the fact that my students are still picking up books that were published in the 80s and enjoying them. I’ll have to trust Ryan that this is a good book because I don’t want to sleep with the lights on for the next month.