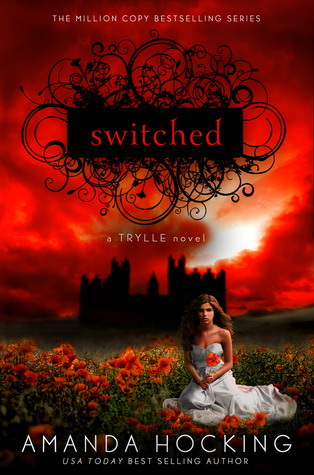 Summary (from Goodreads): When Wendy Everly was six-years-old, her mother was convinced she was a monster and tried to kill her. It isn’t until eleven years later that Wendy finds out her mother might’ve been telling the truth. With the help of Finn Holmes, Wendy finds herself in a world she never knew existed – and it’s one she’s not sure if she wants to be a part of.

Review: I’m not usually a fan of paranormal novels but I found this one to be engaging and interesting. Even though I don’t read a lot of paranormal fiction, I do have to admit that what I do read usually have vampires in them. This was a breathe of fresh air in that it doesn’t have any of the typical paranormal cast of characters: no vampires, shifters or mermaids.

There is a fair amount of action that keeps the plot line going. At first, it felt like it would be a book about family problems and a girl and boy but then you are thrown into the world Trylle. That for me was the hook. This book was something I wouldn’t normally have picked up but I was drawn in by the cover (yes, sometimes I judge a book by it’s cover) but the blurb on the back got me. I really wasn’t expecting to like it as much as I did.