I’m so excited to be apart of Book Nerds Tour of David’s Pandolfe’s Streetlights Like Fireworks. To follow the tour click here. And don’t forget to enter the giveaway at the bottom of this post.

Jack has been getting on his parents’ nerves for some time. Bad enough he’s a rock musician, has crappy grades and hangs out with his “loser” friends. But Jack’s ability to predict the future — well, that just annoys the hell out of them.

Jack’s classmate, Lauren, is said to have unique abilities too. The town still talks about when she kept badgering her mother about the money in their wall. For the longest time, Lauren’s mother didn’t listen. Finally, she did and she hasn’t had to work since.

Jack would really like to connect with Lauren but can’t figure out how. She’s never looked at him twice. But when he experiences a mystifying event involving visions, voices and spectral visits, Jack figures there’s only one person to help him understand who’s calling out to him and why. Before long, Jack and Lauren are off on a road trip of discovery that could provide answers to a mystery left unsolved for twenty years. More importantly, they might even unravel the greatest mystery of all — how every so often someone will accept you for who you are.

Review: David Pandolfe has done it again; he’s wonderfully crafted a book that can’t be put down and will never leave your heart. It’s no secret that I am a huge fan of Pandolfe’s so it’s no surprise that I love his second book, Streetlights Like Fireworks. Once again, Pandolfe’s story pulls the reader in from the first page and doesn’t let you go until the last. I was drawn into this story the moment Jack was chosen by the guitar. Having grown up with a father who plays the guitar, I was taken back to the many conversations about different guitars. In addition, I understand emotional attachment that comes with each guitar that each person owns over the years. I loved the blend of the mystery behind those stories and Jack’s struggle to understand his mysterious gift.
Jack and Lauren are fantastic characters with unique gifts. It’s their gifts that make them quirky, outsiders. It’s also their gifts that bring them together. I loved reading the story from Jack’s point of view; his voice is what makes the story funny, interesting and mysterious. Speaking of mysterious, Lauren is one of the most mysterious characters I have met. Since the story is told from Jack’s point of view we don’t learn much about Lauren until Jack does. While I loved going on the adventure with both of them, I would love to hear Lauren’s thoughts. She is an amazing character. Not only did Pandolfe create two lovable main characters but the people they meet along their road trip are also well-developed. I couldn’t get enough of Tohru and Shakeesha who were two hilarious people I would like to meet in my own life. Besides the characters, the story itself is phenomenal.
Pick up a copy of Streetlights Like Fireworks today; you will not be disappointed. 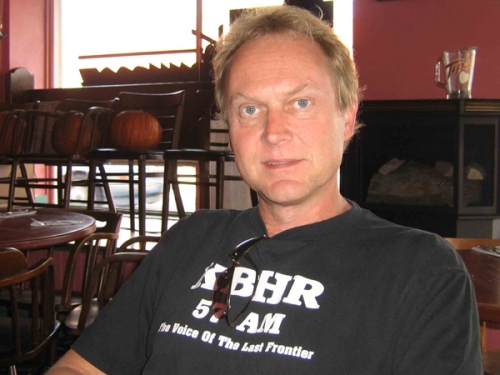 David Pandolfe is the author of two novels, Jump When Ready and Streetlights Like Fireworks. Currently, he’s working on a sequel to Jump When Ready, to be published in 2014. His short fiction has also appeared in literary reviews.

While he’s still writing about himself in third-person, David should probably also mention that he lives outside Richmond, VA, with his wife, two kids and a dog who’s terrified of thunder (not the best situation since it thunders from spring until fall in Richmond).

Giveaway: One lucky winner will receive a signed copy of Streetlights Like Fireworks and a $25 gift card.

One response to “Book Nerd Tours: Review: Streetlights Like Fireworks by David Pandolfe”