Blog Tour & Review: Song and Signal by ME Patterson

Song and Signal by ME Patterson

Welcome to the Official Blog Tour for SONG AND SIGNAL by M.E. Patterson

Seventeen year-old genius Zakari Sharp has never stood on the surface of a planet, never seen a sun-streaked sky. He lives on a corporate-owned mining facility at the edge of the solar system, with a mute alien for a guardian and brainwashed, muscle-bound ex-convicts for company. The day his father vanished was so long ago that Zak thought he would never hear from him again.

Now, chased off-station by a cabal of mythical assassins, Zak and his best friend Liz embark on a harrowing journey across the galaxy, to find his father’s hiding place and learn the universe-shaking discovery that hides with him. But their enemies will stop at nothing to steal the secret themselves.

Can a teenage boy change the fate of the universe? Or will a nanotech-wielding killer reach him first?

PRAISE FOR SONG AND SIGNAL:

“The kind of storytelling that makes a statement: M. E. Patterson is here to stay.” — Austin Post

“[Song and Signal is] WELL worth the read. Enjoyable and immersive.” — Michal
“Patterson’s work will blow you away… a page turning, roller coaster ride.” — ReviewsByMolly

This isn’t usually a genre I readily pick up, but the synopsis really drew me in. I couldn’t wait to see what kind of adventure Zak would get into. Once I started reading, I couldn’t put it down. It’s packed with nail-biting action. This is honestly the best sci-fi I’ve read in awhile. There were sections that got a little “techy” for me but I was still able to keep up with the story line. I found that the jargon was a little heavy in the beginning but served a purpose later and is worth reading. Don’t skip over it, no matter how frustrating it might be to some of use that aren’t as tech-savvy as Zach and the other characters may be.  Patterson’s ability to put the reader into the action is amazing. I became apart of Zak’s world immediately and didn’t want the adventure to end. I liked being whisked away to a different planet. Even if you’re not usually a sci-fi fan, I highly recommend Song and Signal.

Pick up an eBook or Paperback of Song and Signal Now!

M. E. Patterson is a bestselling author of highly-rated horror and science fiction novels for both teens and adult readers. His first novel, Devil’s Hand, was a Kindle bestseller in Horror, and was the winner of Kindle Book Review’s 2012 “Best Indie Horror Novel” award.

In addition to writing fiction, Mr. Patterson is also an accomplished web software engineer and software consultant, currently working with the video game industry. He lives in Austin, Texas with his family.

Must be 13 + To Enter
Gift Card open internationally
Books ship in US only.

I’m so excited to be apart of the Jump When Ready blog tour. Thank you Book Nerd Tours for organizing this amazing tour. 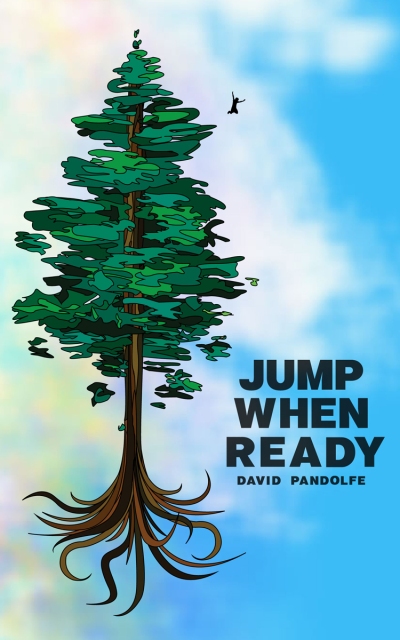 Since he drowned, Henry has remained isolated with the same group of teenagers and he keeps wondering why. After all, what could he possibly have in common with a Mohawk-sporting punker from the 80s, a roller skater from the 70s with a thing for kimonos, and an English “rocker” from the 60s? Henry can hear the other groups but he never sees them. Soon, Henry learns that his new friends all possess unique skills for making themselves noticed by the living. Is Henry’s group kept isolated because of their abilities? If so, are they considered gifted or seen only as a potential bad influence?

Before Henry can reach any conclusions, he witnesses his sister being kidnapped. He knows who did it, where she’s being held and what will happen if the kidnappers don’t get what they want. As the police chase false leads, Henry comes to realize that he’s his sister’s only hope. But for Henry to even have a chance, he has to convince a group of teenagers that dead doesn’t mean helpless.

I read this book in one sitting. I absolutely loved this book and couldn’t put it down. Originally  I thought this would be a depressing book since the main character is dead and stuck “in-between” worlds, but it wasn’t doom and gloom. There is witty banter and strong bonds between characters. And speaking of characters, I loved all of the characters that Henry meets upon his arrival to the in-between world. They are realistic and each have their own quirkiness that makes me want to be their friend (Yes, even Curtis). The pacing was fast and I was on the edge of my seat the whole time. It was exciting to get to know each kid in the in-between world and the group dynamics.  It was even more exciting to watch Henry try to save his sister Bethany from the world beyond. The combination of  coming-of-age, philosophical and thriller story comes together to make a fascinating and engaging book. It makes you think about what the afterlife will be like and if the “in-between” world will be as frustrating as it is for Henry. I can’t wait for my students to read this book in the fall. I think there will be many amazing conversations that come from reading this book.

David Pandolfe has been a bartender in Seattle, the front man for an alternative rock band in Los Angeles and a college writing teacher in Richmond (among other things).

One day, it occurred to him that sometimes these experiences felt like completely different lives altogether. Which got him to writing Jump When Ready, a novel about of bunch of teenagers trying to get over their past lives while getting ready to jump into their next.

While he’s still writing about himself in third person, David Pandolfe should probably mention that at one point he received a Master of Fine Arts degree in Creative Writing at Virginia Commonwealth University. He has had short stories published in Millennium and the Georgetown Review. Jump When Ready is his first YA novel but he’s currently working on another, to be released in the fall of 2013.

Enter for a chance to win a signed copy of Jump When Ready + Swag by David Pandolfe on Rafflecopter.

You can purchase Jump When Ready by David Pandolfe at